After the immense success of Superman (1938), the first superhero, savvy publishers DC Comics cartoonist Bob Kane, 22-year-old, commissioned the creation of another similar character. The young artist, with the help of writer Bill Finger, would create to The Bat-man, who would arrive at kiosks in the number 27, Detective comics, in May 1939, 75 years ago.

Over the years, Batman would beat Superman in popularity becoming an icon of the culture, in general, and pop culture, in particular, thanks to the successful series of television of the 1960s starring Adam West. It should be also noted his gallery of villains, one of the most original comic. 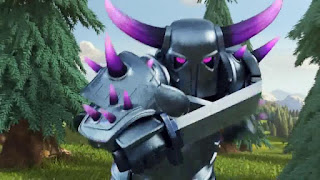 This year Barcelona comic Salon devotes an exhibition to celebrate the 75th anniversary and we've talked with Francisco Calderón, editorial director of ECC editions, about the past, present and future of one of the most popular superheroes
"Batman - says Calderón - is one of the great icons of the genre. He and Superman were the first superheroes. But, in addition, perhaps by the fact of not having real powers, Batman is the direct heir of all the literature pulp, of characters such as the shadow, Doc Savage, the Phantom, Zorro... "So it was a logical transition between the popular fantasy previous to the 38 year old, date of creation of Superman, and later, with the start of all the superhero genre".

"In addition - continues Calderón - is a mysterious, dark, semivampirico, but always on the side of good and with absolute respect for human life. That ability to use terror to fight terror is very attractive. "And its origin is perfect: someone able to convert the pain and the need for revenge in a successful fight against crime, converted himself in physical and mental perfection based on pure effort... it's completely inspiring".

The birth of a myth

"Superman was created in the year 38 - ensures Calderon- and was an overwhelming success. Therefore, the search for similar characters that could replicate that success (which resulted in money, obviously) was instant. "Batman was created a year later, and perhaps by not trying to mimic such which Superman, but rather to show how the dark side of the hero, as the shadow of that light that represents the kryptoniano, eventually finding their own space and getting that its success, from the beginning, was comparable to that of the man of steel".

"Superman and Batman have in common - says Calderón - but many more differences: Superman has infinite powers, Batman is just a man;" Superman goes openly and wears bright colors, primary, Batman will never show his true face and wrapped in gloomy tones; Superman is Clark Kent disguise, but Bruce Wayne is Batman costume; Superman acts in day, Batman, always at night".

Although never been credited as co-creator of the character, writer Bill Finger played a critical role in its genesis, since Bob Kane's original concept was a character much more like Superman, without gloves, tights red, a mask, and bat wings glued on the back. He admits the own Kane, in his autobiography, was Finger which gave him the idea of the bonnet, change the wings by a Cape and red by black and grey, to give you a most intriguing.

"Finger - says Calderón - was the creator of the first history of Batman next to Bob Kane, creator of the character, and not only helped create Batman, but that in his work as one of the main writers of the bat man for many years, helped create some of the main characters of the batuniverso: the Joker, two-face and the Penguin" , the Riddler, Catwoman... Without Bill Finger, it is no doubt that the mythology of the man bat would be very different to know today. If Bob Kane is the father of Batman, Finger is, as his uncle... "."

75 years of history
In terms of the multiple stages that Batman, has passed in these 75 years: "are many and varied - ensures Calderón-as one of the main features of Batman has been its ability to adapt to each time and the tastes of the public in every decade since it was created".

"The dark stage of the 40, the science fiction of the 50, the surreal and semicomica of the 60's, the return to darkness in the 70's, its renewal at the hands of Frank Miller in the 80s..." Batman has always been there, as one of the great icons of popular culture comic, adapting and without wear, as only the larger ones get done."

"And its fundamental authors - continues Calderon - many also, names such as Bob Kane, Bill Finger, Carmine Infantino, Neal Adams, Alan Moore, Frank Miller, Scott Snyder... the list would be very, very long, and always incomplete... Even, today, so
Posted by Unknown at 3:41 AM No comments: